How it all started…

At a Book Fest featuring local authors in the Mississauga Central Library in fall 2012, three authors met and started talking. A wise well accomplished author, Ian, spoke many wise words about writers groups and the different agendas they all had. The young children’s author, Samna and I, the self-help author, Elizabeth, listened attentively. In between we met a lot of the other authors, writers and people interested in our books who were there. Samna and I were rather new to the world of self-publishing and Ian gave us a lot of information and knowledge about the world of writing and different local groups. At the end of the Book Fest, I looked at Samna and asked if she was interested in starting a group that was free to members and she was so our personal information was exchanged.

First we contacted the library and got the email addresses of the group who attended the Book Fest and they were sent an email and asked if they were interested in attending a meeting. We got answers and so we were on the way to forming a group but only one thing was missing – a location. One of the new members offered her place and for the first few months we met at her business address which was eventually sold. Then one of our members who was part of the “Friends of the Library” arranged for us to have a free meeting space in the central library.

Our first meetings were about setting ourselves up as a business with an agenda and Samna, who was tech savvy, started our web page. Our first meeting was on January 12, 2013 with only 9 members. We chose our name and then set ourselves up with themes for our future meetings.

Now four years later and many members later, we have published two anthologies and are associated with the central library in their events. It feels like we have just started. 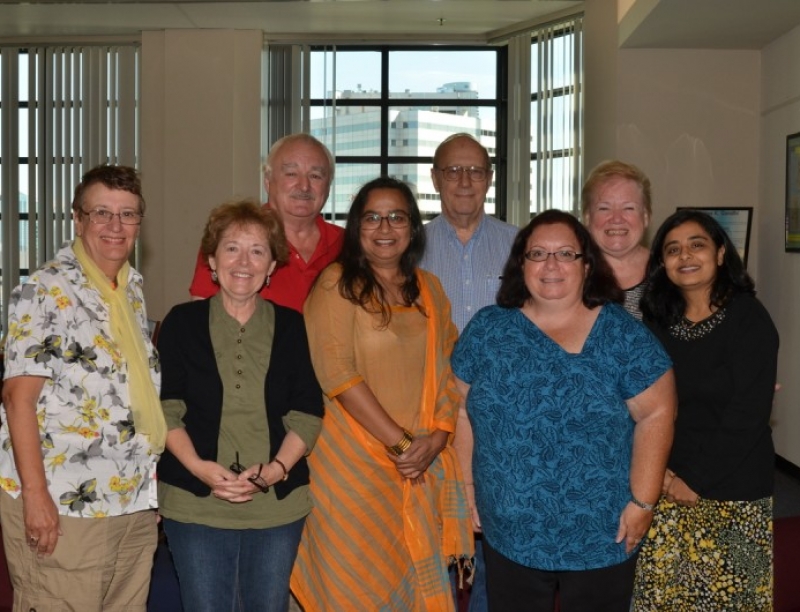