Rabbits will soon be out with their babies nibbling on the grass. Nests will be full of baby birds. It’s spring and the fecundity of nature is in full bloom. Fruit trees are laden with blossoms. The world pulses with new life.

It was such a spring as this in 1950 when my mother, pregnant with her third daughter, got the news that her husband was dead. With two children and a brand new baby, she somehow had to make her way in the world. Because her husband’s death was ruled a suicide (even though she never believed it), she did not receive the $30,000 in life insurance that would have ensured a comfortable life for her and her daughters. A house could have been purchased in any city in Canada for about $5,000. Instead, she was left alone and destitute. 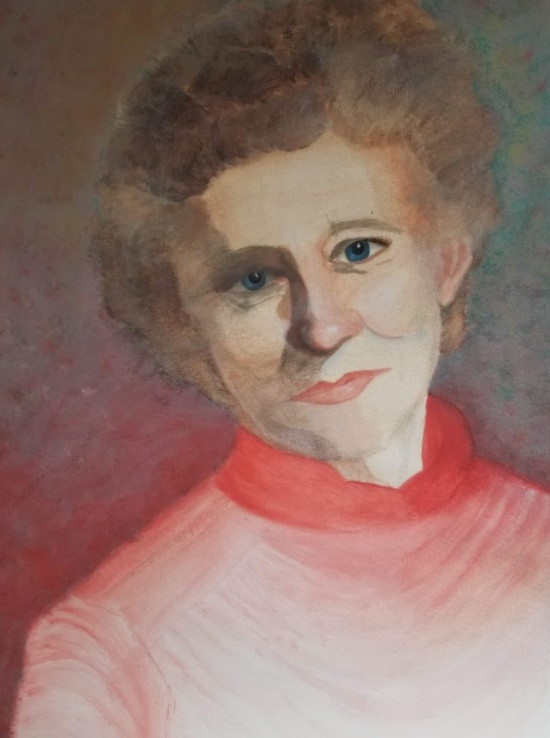 Eight years later, she married my father and they were blessed with five more children. Mom and Dad were married for fifty years before he died in 2008. This year, she would have been married to her first husband for eighty years. She is ninety-six, living in her own home, cooking her own meals, walking and exercising every day. She is getting through COVID-19 the same way the rest of us are. She is alone, but she says she is not lonely.

Mom’s mom lived through the Spanish Flu of 1919 and got married in 1920. At 20. She lived through prohibition, women getting the right to vote, the crash of 1929, the dirty 30s, and sent a son and a daughter off to World War II. When life should finally have been getting better, she died of breast cancer at 53. She never lived to see most of her grandchildren or the prosperity that came after all the suffering she and her husband endured. I never met her, although she was the grandparent I most wanted to know. She painted and kept a journal. I’ve always felt she would have been a kindred spirit.

Mom’s mom’s mom died in childbirth; and her husband, not able to bear it, came to Canada from the United States. My grandmother was left with her aunt and only came to live with her father after she had grown up.

Mother’s have daughters, and daughters get ready to become mothers. It is unremarkable because it is everywhere, yet remarkable because we live it. Motherhood is such that our bodies are taken over, and a small being becomes our world. The circle of life continues. It is a blessing to be a part of it. I look forward to news, one day hopefully in the not too distant future, that a new generation was coming, that I was going to be a grandmother.